In 1493 Columbus claimed he had discovered a new world, and indeed he had. For the world he discovered was unknown to the Spanish and Portuguese. But from ancient maps it appears that this world was not only known to others, but it was relatively well understood. The most interesting maps of the world are those drawn around 1513 by a Turkish Admiral known as Piri Ibn Haji Memmed. His most famous map was drawn only 20 years after Columbus’s first voyage to the New World. Interestingly enough, the Turkish Admiral mapped not only the West Indies, but all of South America, some of North America and also the coast of Antarctica, most of which were totally unknown to the Europeans at that time.

The Piri Reis map was lost to the western world, buried in the archives at the Topkapi Palace until it was discovered in 1929 by Halil Edhem Eldem. The map was then studied by Prof. Paul Kahle, who was doing research in Istanbul at the time and he reported on the map at the 18th Congress of Oriental Studies in Leiden in 1931. Meanwhile the map was taken to Ankara for study and facsimiles were reproduced for further academic study.

The map is drawn on camel skin, with illustrations in nine different colors. It is 86 cm long, 61 cm wide at the upper edge and 41 cm wide at the lower edge. The right-hand section has been torn away leaving a ragged edge. This map is a typical nautical chart with the lines of latitude and longitude sown by means of compass roses. It is illustrated with mythical and realistic pictures including a number of ships, including Arab dhows and Portuguese caravels.

The number of compass roses is seen as proof that the original map depicted the world. The standard portalan chart has 17 compass roses, but this map has only five, indicating that the remaining 12 were on the lost section. Piri Reis wrote on the edge of the map: “This map is the result of the comparison of eight caferiye maps, one Arab map of India and China and also the map of the western lands drawn by Columbus, such that this map of the seven seas is a accurate and reliable as the latter map of this region.”

The map drew world attention when several western writers suddenly realized that South America and Antarctica were unknown to the ‘world’ at that time. (meaning the Europeans). Several sensationalistic books and articles followed claiming everything from alien space ship photos to Lost Atlantis. Unfortunately the topic of the Piri Reis map began to be associated with fanciful sensationalism and the map as well as these theories were soon dismissed in many academic circles.

Below is a section of the map showing South America and Antarctica. The inscription (shown partially on the left) is written in Turkish using Arabic script. A translations reads:

“This section shows in what way this map was drawn. In this century there is no map like this map in anyone’s possession. The hand of this poor man has drawn it and now it is constructed. From about twenty charts and Mappae Mundi: these are charts drawn in the days of Alexander, Lord of the Two Horns, which show the inhabited quarter of the world; the Arabs name these charts caferiye - from eight caferiye of that kind and one Arabic map of Hind, (India) and from the maps just drawn by four Portuguese … and also from a map drawn by Colombo in the western region I have extracted it. By reducing all these maps to one scale this final form was arrived at. So that the present map is as correct and reliable for the Seven Seas as the map of these our countries is considered correct and reliable by seamen."

Piri Reis produced many maps, but the most shocking one of all is probably his map compiled in 1521 when he was 50 years old. (Kitab-i Bahriye) It was acclaimed during his lifetime and a large number of copies were made. This map showed the entire world, using a projection that is immediately recognizable to the western reader. It is amazing to realize that this map was compiled only 29 years after Columbus first discovered the islands of central America. Here a Turkish Admiral had a map of the entire world, including North and South America, Antarctica, California, and more. The only major flaw in the map is a misunderstanding of Australia and Antarctica. (See below)

The earliest known copy of this manuscript (1583) gives the author as Emir Mehmed bin Emir Hasan el Suudi. The copy was presented to Murad II, and bears the title Hadis-i-Nev, but it is better known by the name: Tarih-i-Hind-i-Garbi means History of the West Indies. This manuscript is stored at the Beyazit Library, MS 4696.

The manuscript consists of three parts, the first focused on the geography and cosmology of the Islamic world and the Ottoman Empire, the second and third sections focus on the oceans and the newly discovered lands, their peoples and the voyages of Columbus, Balbao, Megellan, Cortes and Pizzaro between 1492 and 1552. Below is Emir el Suudi’s map of the world. 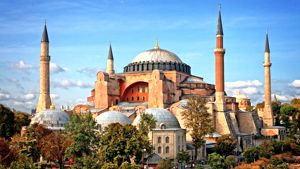 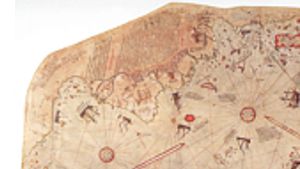 In 1493 Columbus claimed he had discovered a new world, and indeed he had. For … 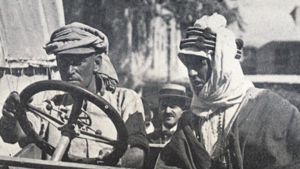 *First the book, then the movie, now the websites. All of these have made … 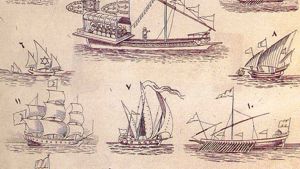