Prev Questions and Answers Next


Some claim that there is an old ruin in Mecca that was Khadijah’s house? How does this building compare with the earliest records of Islam.

Hello, I am Dan Gibson and this is the second video on the topic of Khadijah. In this video we will address the question of Khadijah’s house. Actually early sources tell us that she had two rooms, not a full house in the sense that we might think today of a house standing independent among other houses.

Now Khadijah’s house was not in Mecca itself. It was nearby. We know this because the cave of revelation was between her house and the center of Mecca. Listen to this account:

Muhammad is speaking just outside the cave of revelation: I remained standing there, neither going forward nor turning back, until Khadijah sent her messengers to look for me. They went as far as Mecca and came back to her, while I was standing in the same place. At last Gabriel left me and I went back to my family. When I came to Khadijah, I sat down … and she said … where have you been? I sent messengers to look for you all the way to Mecca and back." Al-Ṭabarī Vol 6 pg 72

Did you catch this? Khadijah is operating her business from her house. She sends messengers out to find Muhammad. They go from her house all the way to Mecca, bypassing the cave and the cliff above it. The cave must be near ground level because Muhammad says he was half way up climbing the mountain to throw himself off.

The issue with placing this story in Mecca is that the cave in Mecca is already half way up the mountain, and there is no cliff above the cave, just a sloping pile of rock. And the cave is far away from the city.

So already there are problems with the house that is in Mecca in Saudi Arabia. The cave of revelation is far off in another place, and there is no way that the description in al-Ṭabarī can be matched with the location of the Ka’ba. Khadijah’s house and the cave on Mount Hira just doesn’t fit in Saudi.

Another problem is a description of the house of Khadijah. Qāʾidān (Tārīkh wa āthār-i Islāmī-yi Makka wa Madina, p. 114) tells us that ‘Abd al-Muttalib owned property in a place called Shib Abi talib, and that Khadijah also lived in the same place with the Prophet Muhammad.

“Abu Talib wisely and quietly took stock of the situation and decided to withdraw to a valley on the eastern outskirts of Makkah. Banu Hashim and Banu Al-Muttalib, who followed suit, were thus confined within a narrow pass (referred to as ‘Shi‘b of Abu Talib’), from the beginning of Muharram, the seventh year of Muhammad’s mission till the tenth year, that is a period of three years. (Al-Rahiiq al-Makhtum)

Shib Abi Talib was described as a narrow canyon with high walls. So when the people of Mecca persecuted the small new Muslim community, they managed to trap them all in the homes in Shib Abi Talib. The canyon mouth was so small that a few men outside could guard them and box them in.

Nothing like this exists in Mecca in Saudi Arabia. There is an area called Shib Abi Talib but the whole area is open so that people could come and go from outside. But in Jordan, just outside of Petra is a place that perfectly fits this description. It was between the city and Al-Baydha, just as the ancient records describe it.

It is a narrow canyon with homes carved into the sides of the canyons. These would have been the homes of Abdul Mutalib, Khadijah and Muhammad. The only way into this canyon is through a very narrow entrance. The Meccans could have kept the new Muslim community located in the canyon, and starved them out, just like the records describe. And just outside of the canyon is a perfect place to keep herds of camels as they come and go on caravan.

Look at this map.

The main city is here, Baydha is here, Shib Abu Talib is here, the cave of revelation is here. It all fits the ancient descriptions. And now that archeologists are beginning to excavate in the area, where do you think they found the earliest Muslim settlement? Here, very close to the homes of Khadijah and Muhammad, and the home of Abdul Mutalib.

Everything in Petra fits. But what about the so called house of Khadijah in Saudi Arabia? In 1989 a brief excavation was carried out of this site, and then it was covered over and the area used for modern buildings.

In 1990 a caller tipped off architect Sami Angawi, that the Saudi Authorities were about to bulldoze the area. He won permission for a last-minute dig, which lasted for forty days, and his team again uncovered stone foundation and took photos.

What they discovered was a mosque… with Miḥrāb niches. The Miḥrāb nice was developed around 90 AH. If this is the location of Khadijah’s house then these niches could not have been in the original structure, and could only have been added later, so the presence of niches in the native wall tells us that the structure dated after 90 AH.

Indeed there was nothing found at this site that enabled Sami Angawi, the architect, to date the building. Perhaps he didn’t have the knowledge or ability to date it, as he was not an archeologists, but an architect, who firmly believed that this was the home of Khadijah.

I have a book here, The House of Khadiah. Written by lawyer Ahmed Zaki Yamani, who was Minister of Saudi Arabia’s Ministry of Oil and Mineral resources (1982-1986.) He established a foundation to preserve the written heritage of Islam, principally through surveying, imaging, cataloguing and publishing Islamic Manuscripts.

While this is a beautiful book, it does little to demonstrate the age or the purpose of this structure in Mecca, and for this reason, the Saudi’s felt free to bulldoze it and develop the area. The only thing that tied this building with Khadijah was what people said and thought, with no archeological proof what-so-ever of its great antiquity.

So how did it come about that people claim certain houses or buildings for Khadijah or Abu Talib? It was much the same as with Christian sites. Hundreds of years later, people got interested in where the early sites might have been and they went around searching for suitable locations. And they best they could come up with was the site of this old mosque.

On page 76 and 118 Dr. Yamani provides a sketch of the house and some reconstruction drawings. In a small room in the center of the building was a basin built into the floor. There are multiple miḥrābs in this structure. It is thought that Mawiya bought the house and turned it into a mosque. And so today it appears to be an ancient mosque. Notice that in the foundation is a small room in the center of the house that also has a miḥrāb. Why would such a small room need such a large miḥrāb. Surely everyone knew which direction the Ka’ba was.

I am sure they never ever imagined that the whole city was in the wrong place, and that the true holy city of Islam, the founding city, was far to the north. For over a thousand years the location of the original city had been lost. A new Islam had emerged, with a new city. Over time the well had been renamed Zamzam, a new Ka’ba was built, a new pilgrimage was developed, and even new prayers were introduced.

Bukhari (Vol 1:507) records this following about Anas bin Malik an old man in the mosque in Damascus. Narrated by Az-Zuhri when he visited Anas bin Malik at Damascus and found him weeping and asked him why he was weeping. He replied, “I do not know anything which I used to know during the lifetime of Allah’s Apostle except this prayer which is being lost.” Narrated by Ghailan: Anas said, “I do not find things as they were at the time of the Prophet.” Somebody said “The prayer is as it was.” Anas said, “Have you not also done to the prayer (what you have done to everything else)?

This is why it is recorded that when Caliph Walid questioned Said bin al Musayyab, one of the old companions of the Muhammad (Ṭabarī Vol 23:180) this was recorded: Walid then advanced until he stood before Said. He said, “How are you, 0h sheikh?” Said neither moved nor stood, and then said, “Well, praise be to God. And how is the Commander of the Faithful?” Al-Walid said, “Well, praise be to God,” and he departed, saying to ‘Umar, “He is the last of the old school.”

These passages seem to indicate that the Islam that is practiced today is very different from the original Islam taught by the prophet Muhammad. From its own admission, it seems that early form of Islam has been lost over the centuries.

And I think that the house of Khadijah was originally in Petra, I think we can go and choose between a few of them there. One was the house of Khadijah, one was the place of Abdul Mutalib, and there are store-rooms there for storing merchant goods. In Petra I can go and find it. It is all in a narrow box canyon. It is in the right place because the cave is between it and the Ka’ba. And so it fits all the stories that we find in early Islam.

I am Dan Gibson, and this has been another video in the series Questions and Answers.

Prev Questions and Answers Next 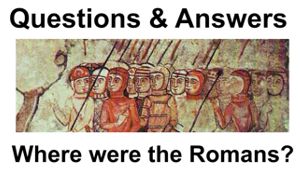 Click below to watch the video If Petra is the original Holy City of Islam, … 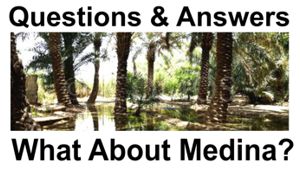 Click below to watch video If Petra was the original Holy City of Islam, then … 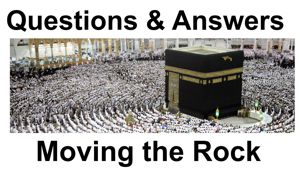 Click below to watch the video: How did Ibn Zubayr pick today’s Mecca … 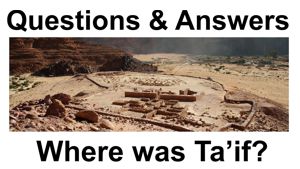 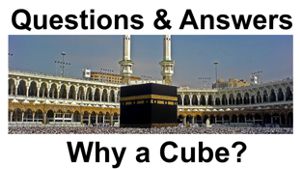 Click below to watch the video What is the origin of the Ka’ba? Who was … 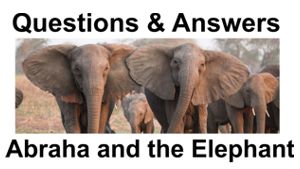 Click below to watch the video: The Prophet Muhammad was born in the Year of … 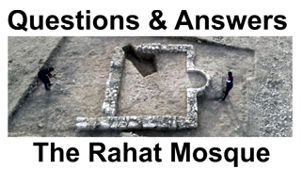 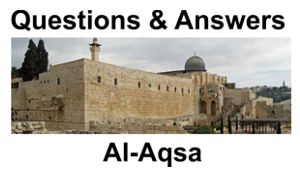 Click below to watch the video: The Qur’an speaks of Al Aqsa over a … 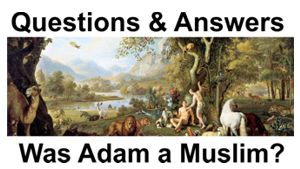 Click below to watch the video Several viewers have asked this question. Dan … 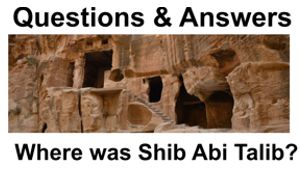 Click below to watch the video If Petra is the original city of Islam, then … 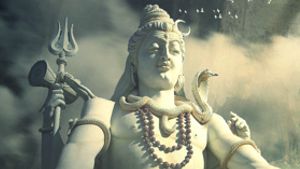 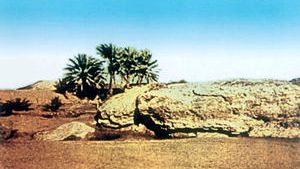 Click below to watch the video: If Petra is the actual Holy City of Islam, …

Click below to watch the video: Dan Gibson examines over 20 Umayyad Qasrs. … 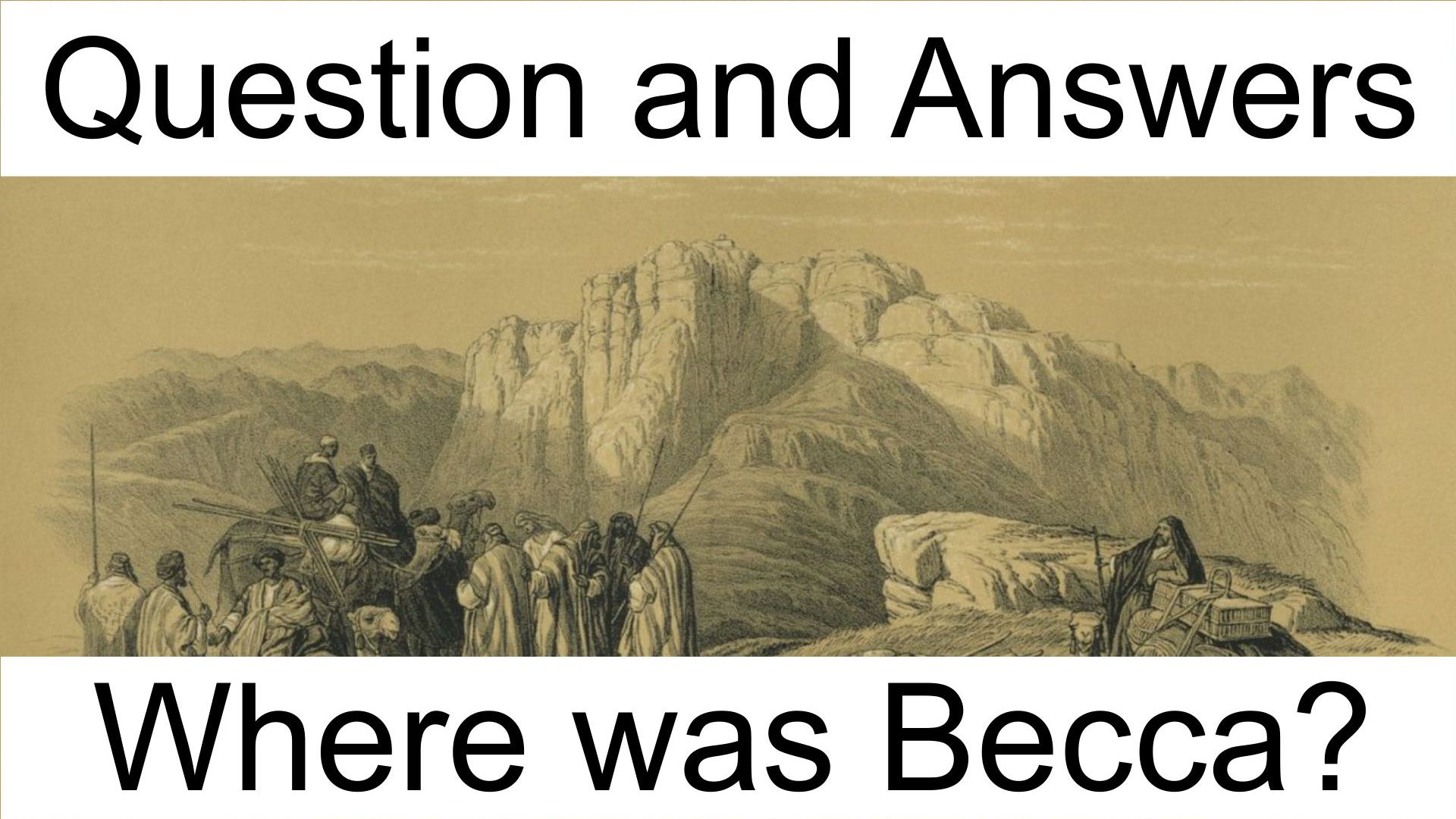 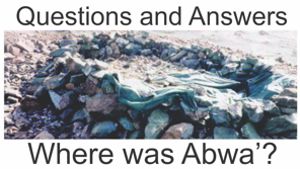 Muhammad’s mother was buried in Al-Abwa’, which was between Medina and ‘Mecca’. … 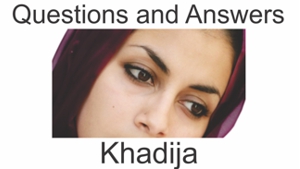 What do the ancient sources tell us about Khadijah. Was she a pagan or a … 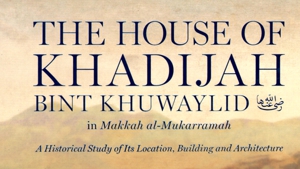 Some claim that there is an old ruin in Mecca that was Khadijah’s house? … 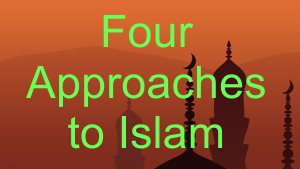 Fred Donner described four approaches to early Islamic history. Which one does … 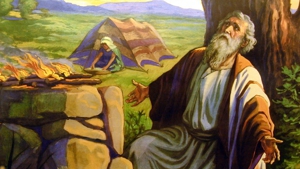 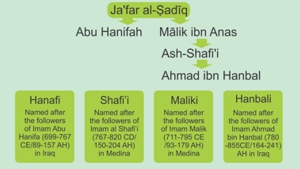 Dan Gibson explains his view of hadith, and why he uses them in his research.