History of the Hejaz Railway

The Hejaz Railway (also spelled Hedjaz) was originally built to transport pilgrims from the city of Damascus in Syria to the city of Madina in Saudi Arabia. It was completed in 1908, but was severely damaged during the First World War (1914-1918) by Lawrence of Arabia and the Arab Revolt. Parts of the Hejaz Railway exist, and some of the sections are still functioning. We are indebted to the many Nabataea.net readers who have contributed to this site especially Ghiath who has provided us with many photographs. His photographs all have a small steam engine in one corner and GH-R on the other. All photographs are copyrighted, and the property of their perspective owners.

History of the Hejaz Railway

The Hejaz Railway was originally built to transport pilgrims from Damascus to Madinah, where they would travel on to Mecca for the Muslim Prilgrimage. The idea was first put forward in 1864 during the height of the age of great railways around the world, but it was not until 40 years later (1908) that the Hejaz Railway came into being. Before the Hejaz Railway, Muslim pilgrims traveled to Madinah by camel caravan. The journey between Damascus and Medinah usually took two months and was full of hardships. Since the Muslim calander is a lunar calander, the feast of Al Adha, when Muslims travel to Medina to worship the black stone changed from season to season. Sometimes it meant traveling through the winter, enduring freezing temperatures or torrential rains. At the height of summer, it meant crossing scorching hot deserts. Towns and settlements were sparse and there were hostile Muslim tribes along the way, as well as the enevidable hucksters who preyed on pious pillgrims, as they made the ‘once in a lifetime’ pilgrimage, in obedience to their prophet Mohammad.

The building of the Hejaz Railway presented a financial and engineering challenge. It required a budget of some $16 million dollars, and this was at the turn of the century when dollars were worth a lot more than they are today. Contributions came from the Turkish Sultan Abdul Hammed, the Khedive of Egypt, and the Shah of Iran. Other contributions came from the Turkish Civil Service, Armed Forces, and other various fund-raising efforts (which included the sale of titles such as Pasha or Bey to citizens who could afford the price of instant honor).

Construction, maintenance and guarding of the line all presented enormous difficulties. The task was mainly undertaken by 5,000 Turkish soldiers. Along the way there were hostile tribesmen, who before the railway, made a lucritive profit guiding, protecting and providing for pilgrims. They were very unhappy at loosing part of their livelyhood. Many of them were pastoralist who’s main source of cash was their involvment in the pilgrimage each year. Along with this there were physical difficulties. Driving a railway across the Arabian deserts proved very difficult. The ground was very soft and sandy in places and solid rock in others. There were also major geographical obsticals to cross, such as the Naqab Escartment in southern Jordan. While drinking water, and water for the steam engines was a problem, winter rainstorms caused flash floods, washing away bridges and banks and causing the line to collapse in places.

The camel caravan owners were far from pleased by the construction of the railway line, as it posed a considerable threat to their livelihood. The railway journey was quicker and cheaper, and no-one in his right mind would contemplate spending £40 on an arduous, two-month camel journey when he could travel in comfort in only four days for just £3.50. Frequent attacks on the trains by the tribes and furious caravan operators, made the journey to Madinah a perilous undertaking for pilgrims, whether by camel or by rail. The pilgrim’s honor was also at stake. It wasn’t long before pilgrims who took the long and difficult camel route started calling the rail route the “women’s route.” It was ok for women and the sick to travel by rail, but real men, undertaking a real pilgrimage still traveled by camel caravan, just a the prophet Mohammad would have done.

On 1 September 1908 the railway officially opened, and by the year 1912 it was transporting 30,000 pilgrims a year. As word spread that the pilgrimage had just become easier, business boomed, and by 1914 the annual load had soared to 300,000 passengers. Not only were pilgrims transported to Madinah, but the Turkish army began to use the railway as its chief mode of transport for troops and supplies. This was to be the railway’s undoing, as it was severely damaged during the First World War (1914-1918), by Lawrence of Arabia and the Arab Revolt. The old Arab tribes that guided and guarded pilgrims now had the oportunity to turn their vengeance on the railway. While many claim that it was not their intention to destroy the railway, but rather attack the supply lines of the retreating Turkish army, the railway was destroyed anyway.

After the First World War, and until as recently as 1971, several attempts were made to revive the railway, but the scheme proved too difficult and too expensive. Road transport was soon established and, by the 1970’s aviation had made rapid progress. The railway was soon abandoned and the huge old steam locomotives sat and rusted. But the romance of the railway remains alive.

In actuality, parts of the Hejaz Railway still exist, and some of the sections are still functioning. It is possible to travel from Damascus to Amman Jordan, on the old original rail line. Recently a Nabataea.net reader took the trip and documented it with pictures. Click here to take the virtual trip! Today, in 2003, the train still runs twice a week, taking all day to travel the same distance that it takes a car to travel 4 hours. The route south from Amman has been destroyed, but the train still runs from Wadi Hissa to Aqaba, transporting phosphates from the mines to the port. The line south into Saudi Arabia is no longer functioning, but railway enthusiasts still visit sites in Saudi, where there are a number of abandoned stations, round houses and rusting locomotives and cars. 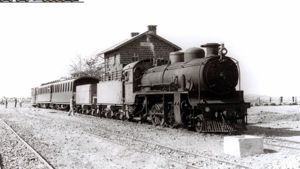 History of the Hejaz Railway: 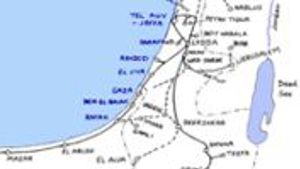 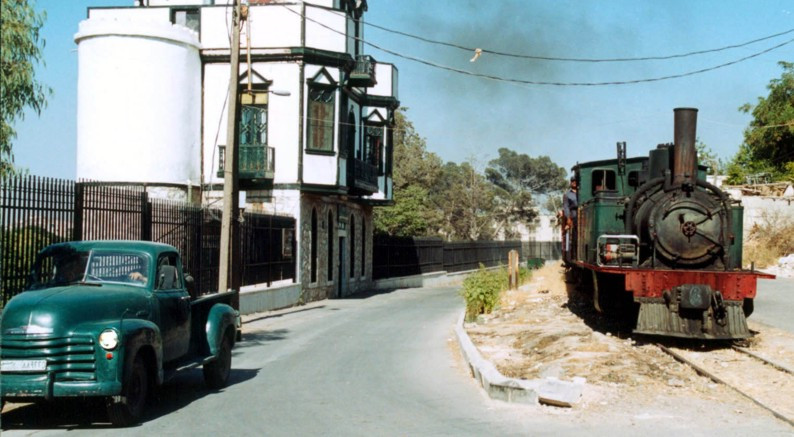 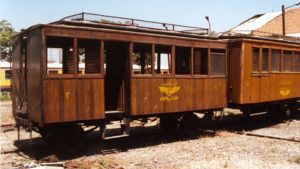 Here are photos of some of the coaches, both the exterior and the interior. Can … 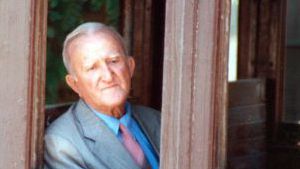 People Behind this Railway Site: 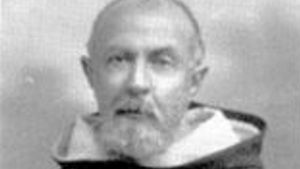 Stories connected with the Hejaz Railway The Dominican Fathers Father …