If you are a beginner at Arabic, then choose an alphabetical dictionary. Hans-Wehr is the only Modern Written Arabic (MWA) - English dictionary that the student of Arabic has to have. Others, Al-Mawrid, for example, are useful as supplements, and contain new vocabulary, and there is a more recent German edition (5th edition) of Wehr published by Harrassowitz, but this book has a standard of scholarship unrivaled by any other MWA-English dictionary. Middle Eastern published MWA-English dictionaries like Mawrid, for example, don’t give the grammatical information learners of Arabic need, such as broken plurals, verbal vowelling, verbal nouns (masdars), let alone how verbs are used with prepositions, all of which Wehr tells the user. Again, words are in root order, so maktaba (desk) [mktbh] and kaatib (writer) [k’tb] both are found under the verb kataba (to write) [ktb]. This really is the most useful way of ordering Arabic dictionaries for someone who’s mastered the basics of Arabic grammar, though an alphabetic order dictionary is a help when you’re starting and occasionally even when you’re expert.

This dictionary is NOT a dictionary of Classical Arabic (although Beeston in his anthology of Bassar bin Burd reckoned that Wehr covered the vast majority of the vocabulary of this poet of the 8th Century AD). For Classical Arabic, Lane (perhaps supplemented by Hava’s much more affordable al-Fara’id) is essential. But Lane is useless for modern Arabic. And if you’re reading medieval Arabic, you will find Wehr fills in some of the gaps in Lane. 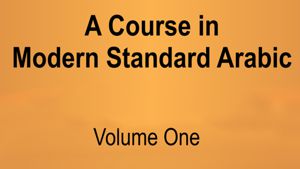 Daud Atyeh Abdo Volume 1 Description: This is the book that Dan Gibson used to … 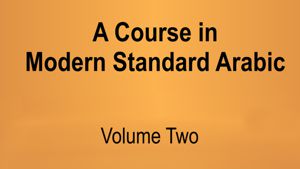 Daud Atyeh Abdo Volume 2 Description: This is the book that Dan Gibson used to … 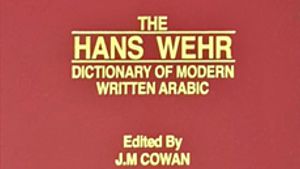 Hans Wehr Dictionary This dictionary is not for everyone. The words in this …