This Nabataean city is located in Saudi Arabia, approximately 320 kilometers south of Petra. This Nabataean city has 131 tombs spread out over 13.4 kilometers. The city proper as a siq, walls, towers, water conduits, and cisterns. We are trying to collect pictures, maps and other descriptions of this site. If you can help us please email us especially if you can provide photos to complete our database of the 130 tombs.

In ancient times it was known as Hegra (“Rocky Tract”) but is now known as Mada’in Salih, or “the cities of Salih” in Arabic. (The name refers to the pre-Islamic prophet Salih, whose rejection by the people of Thamud is recounted in the Qur’an.) Hegra was the southernmost Nabataean settlement and one of the Nabataean Burial Cities. It was also a center for the kingdom’s traders, farmers, engineers, stonemasons and artisans. Hegra’s walled urban center covered about 650,000 square meters or 160 acres.

One of the interesting things about Meda’in Saleh is that many of the tombs have inscriptions which describe who built the tomb, who is buried there, and who can use the tomb. Inscriptions like this are common on other Nabataean burial sites, but very few have been found in Petra. Some have wondered if the inscriptions in Petra were painted onto white plaster, which would have crumbled over history. Others have wondered if perhaps there never were any in Petra.

The above inscription was recently uncovered in Meda’in Saleh. It was translated byu Rudulf Haensch, of the German Archeological Institute in Munich and reads:

“For the welfare of Emperor Caesar Marcus Aurelius Antoninus Augustus Armeniacus Parthicus Medicus Germanicus Sarmaticus Maximus, the community of the Hegreni restored the wall, destroyed by the passage of time, at its own expense, under the governorship of Iulis Firmanus, legate of the emperor with the rank of praetor; the work being arranged by Pomponius Victor, centurion of Legion III Cyrenaica, and his colleague, Numisius Clemens, and construction being supervised by Amrus, son of Haian, the headman of their community.”

This inscription throws new light on Mada’in Salih, as it appears that the inscription was written in 75 AD, and demonstrates that there was a Roman military presence there at that time.

Please check out the database and chart of the 130 tombs on this website.


Special thanks to John and Kathy Haberman for all the photos below this point. Their contributions have greatly aided us in recording Meda’in Saleh for those who cannot enter Saudi Arabia at this time. 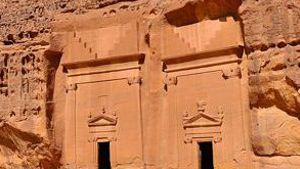 This Nabataean city is located in Saudi Arabia, approximately 320 kilometers … 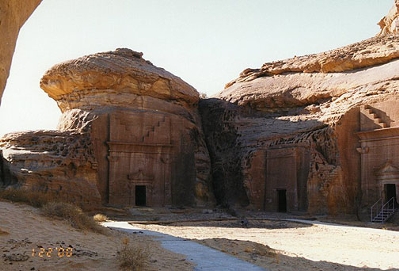 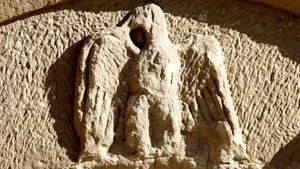 Special thanks to John and Kathy Haberman for all the photos on this page. Their … 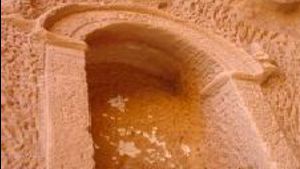 Special thanks to John and Kathy Haberman for all the photos below this point. … 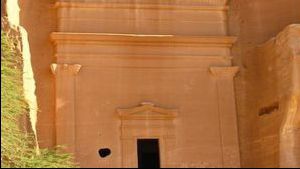 Archeologists have numbered each of the tombs in Meda’in Saleh. There are …